In a deviation from my posting songs I love, here’s the complete album of the simply perfect What’s Going On by Marvin Gaye. 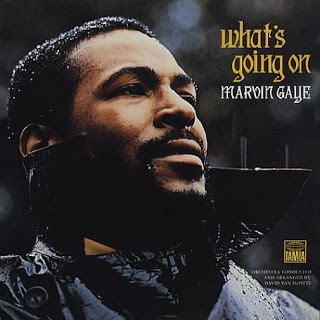 If you don’t know who Marvin Gaye is then listen to this album. It’s an utterly  perfect mix of soul music, politics and a sound that many have tried to copy but failed.

I first heard this when I was at school when my English teacher in my fifth year brought this in to play on a day when we all brought records  in (this was the early 80’s so there was a load of pish) to play, and then talk about in order to create an essay. I later understood I was being taught criticism, but when he put this on I was amazed at what I was hearing. It was sublime then, and it’s sublime now. Every time I listen to it I hear something new and there’s very, very few albums I can say that about.