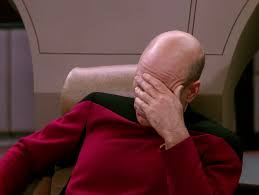 Tonight is the last big televised event before next week’s general election. David Cameron avoided answering any questions, and yet again used the memory of his dead child as a shield and for political gain. He spoke, failed to answer any questions and wandered off stage a bit shaken by some of the questioning from the audience.

Then came Ed Milliband. He did OK initially til he was asked about Labour potentially taking support from the SNP. He ruled out not only a coalition (which Nicola Sturgeon ruled out back at the end of last year when Labour thought Scotland would get back in it’s box), not just a confidence and supply deal but any sort of support to the extent he’d rather lose and install the Tories in government than take SNP support.

Now any leader can rule out dealing with another party but this isn’t what’s at play here. The implication is that unless the people of Scotland decide to vote Labour they’ll get a Tory government and Milliband would rather that than work with the SNP. That not only smacks of blackmail, but it reeks of Milliband disenfranchising SNP voters by saying that by voting SNP he’ll let the Tories in rather than work with the SNP (and I assume the Greens and Plaid Cymru), a centre left party with the sort of social democrat principles Labour should have.

The implications are enormous. By just saying he’d prefer a Tory government than take SNP support that damns many a Labour candidate in Scotland to losing their seats as this is Milliband’s EVEl moment. Remember on the morning of the 19th of September last year in the hours after the referendum result when David Cameron instead of firming up the result made the Scottish referendum all about English votes for English laws and that angered people? Well, this is Milliband’s time.

It’s an amazingly stupid thing to do. Ever since Milliband adopted this ‘tough’ act he’s come over as someone that tries to be decisive but slips up, and by telling undecided voters in England that he’s not dealing with the SNP he might win votes, but he dooms Labour in Scotland not only next Thursday but for the Holyrood elections next year.  Also if he does stand aside and let the Tories in by refusing SNP support (and I assume he’ll refuse to take office if the SNP call Milliband’s bluff and vote for their Queen’s Speech because that’s the logical end of his comments) along with their allies (and I wonder if Milliband will refuse SDLP support) then Labour are over in Scotland, along with large parts of the North of England and Wales.

Labour would never be forgiven. Ever. You’d think a man as obviously intelligent as Milliband would realise this, as would all those Labour supporters carping on about how this is going to make Milliband look strong. But it seems like the Bain Principle is going to be played out at a UK wide level. If after the election Milliband concedes to Cameron and lets the Tories in then not only do I fear for the most vulnerable, the poor, immigrants, the unemployed, or anyone that isn’t doing well and not a Tory, but the UK is over. The final last insult will be played out by a Labour leader acting out of some misguided sense of British Imperialism of course, the need by Labour politicians to put the party before country.

So as angry as I am, I hope Milliband isn’t that stupid, and I hope Sturgeon plays his bluff, gets her MP’s to vote for the Queens Speech and see if Milliband has the balls to live up to his promise that he’ll refuse SNP support to let in the Tories in a probable second election (the incumbent PM gets first chance in a hung parliament to form a government, then the opposition gets their chance if there’s not a vote of confidence. Failing that it’s a second election) later this summer.

Or there’s one more thing that could happen. Labour and the Tories could form a Grand Coalition where the two biggest parties join together, something that’s only happened during the Second World War in this country but with the rhetoric against the SNP ramping up and neither main party looking like they’ve got a sniff of a majority then that’s becoming less ridiculous as time goes on.

Either way as bad as Cameron was; as pointless as Clegg was, Milliband has just fucked himself, and his party. He’s put himself now into a position where Labour’s only hope is a massive majority or to hope the Lib Dems support him, and neither currently look likely. So well done Ed. If we get a Tory government again I hope you’re prepared to go down in history as the Labour leader that turned down the chance to keep the Tories out potentially for a generation.