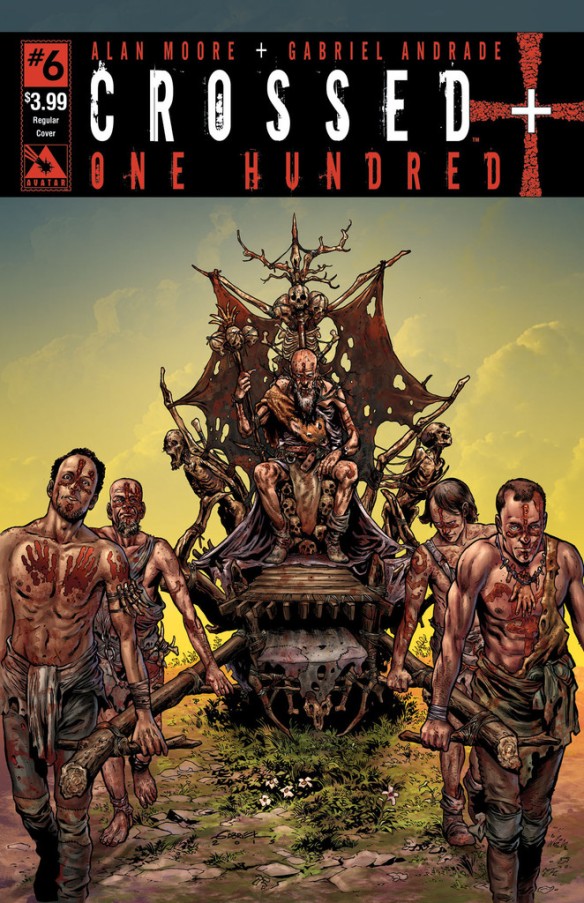 Alan Moore’s final issue of this future of the Crossed tale left last issue on a cliffhanger as Future Taylor discovered the origins of why the Crossed worship salt, and the horrible truth that in fact there’s an intelligent strain of Crossed and they’re heading to her settlement in Chooga. This issue picks up with them trying to work out what to do next and the Crossed are bringing an army with them. 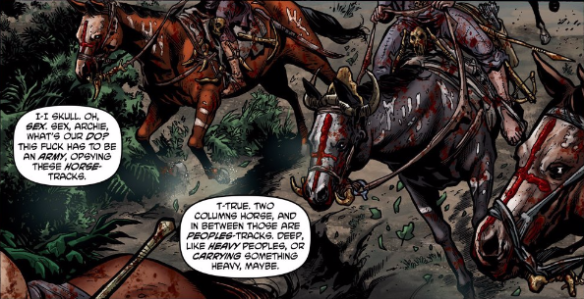 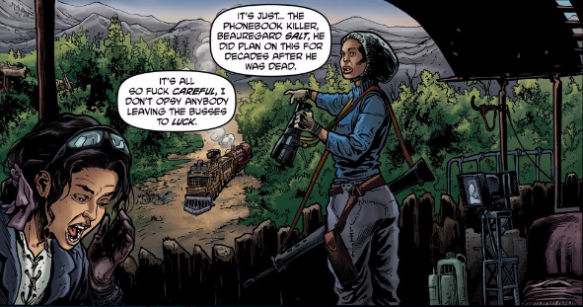 Moore ramps up the tension to ridiculous levels in these pages as Future and her friends try desperately to hope for the best, but we should realise that being a tale of the Crossed, there’s no such thing as hope. Even the fate of possibly the only real hero these stories have produced, Future Taylor, is up in the air as come the point when Moore decides to cut loose it’s clear humanity is in big, big trouble. 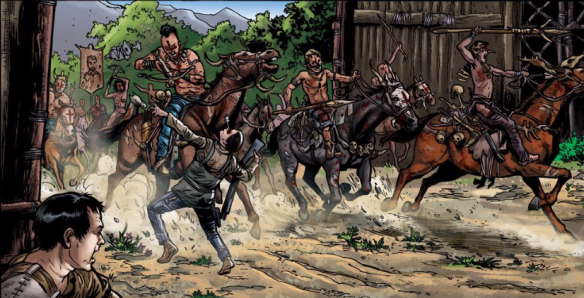 But Moore’s a better writer than just having five issues build up to a gorefest and in fact, there’s a revelation that’s shocking as Future realises just how the Crossed have been managing to keep one step ahead of them. By the time she realises that though they’ve arrived in Chooga to the full horror of the Crossed attack. 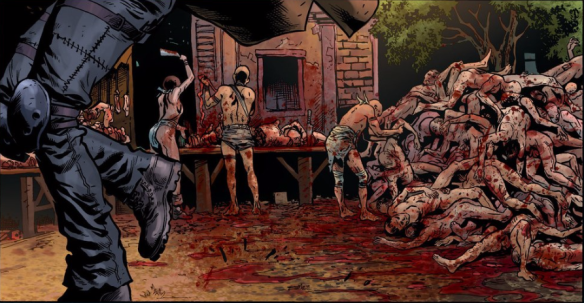 This Crossed attack is different from the ones we’re used to. It’s more deliberate, careful and planned, yes, there’s brutality but it’s all got a purpose as this group of intelligent Crossed save the women and children to help propagate the line. The men are turned into food.

There’s no happy, hopeful ending. Nobody comes riding into sight to save the day, but Future still comes out of this as the only real hero that doesn’t die horribly in any of the Crossed stories I’ve read, and as Moore has set things up for Si Spurrier to carry on the tale from #7 so it’d be daft to kill off Future, plus she’s a great character. As for these Moore issues it’s not been the best work Moore’s ever done but it’s been a brilliant SF/horror/detective story that’s been tense, exciting and revealed secrets right up til the end. I look forward to seeing what Suprrier does from the grounding Moore has given him.