Things have been quiet of late on the cancer front as I’ve been waiting for my oncology appointment after my huge operation last month, so today I went to the Bristol Royal Infirmary to have my appointment and discovered lots of long, winding corridors that look like they’ve come from an episode of Doctor Who from the 1970’s, or in one case right out of Resident Evil. 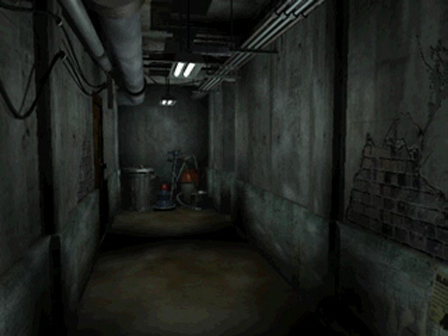 Eventually I found my way to where I had to go, had a wee meeting with my MacMillan nurse (and if you want to do anything, please drop them a donation if you can because these people are astonishing human beings) about finances (yes, work are being shite arseholes still) and what they might be able to do to help. After that, it was getting the full explanation as to the next steps.

I’m to have an injection of radioactive iodine. In the arse. I will then be radioactive for four days but only needing monitoring overnight, and then I have to avoid anyone sick, on medication or pregnant because by now I’m used to being stuck by myself in hospital.

That’s in around a fortnight or so time, so my hope that all this would be over by the end of June is gone, so it’s now the end of July I’m pinning hopes on this being done. That is of course hoping the injection does its job which is to kill the remaining cancerous lymph nodes as well as the existing thyroid tissue they had to leave in my body so I could still speak. Around a week after the treatment they do a scan and then I’m either given the all clear and life can return to be lived again instead of thinking of death every day, or they look to up the treatment.

If it has worked, then nine months later I get a check up and after that I only get routine checks to make sure I’m still clear. As for the post-stroke recovery I have a final (hopefully) stroke clinic on Tuesday and if they’re happy then they sign off future treatment to my GP and I recover hopefully as much as possible. My life will have been preserved and I can move on.

For the next week or so it’s being prepped and put on a specific low iodine diet for a week and then I’m ready to be shot full of radioactivity and hopefully, have a choice of  getting  super powers, turning into a horrible monster or being cancer free. Frankly at this stage I’ll take any of those options..