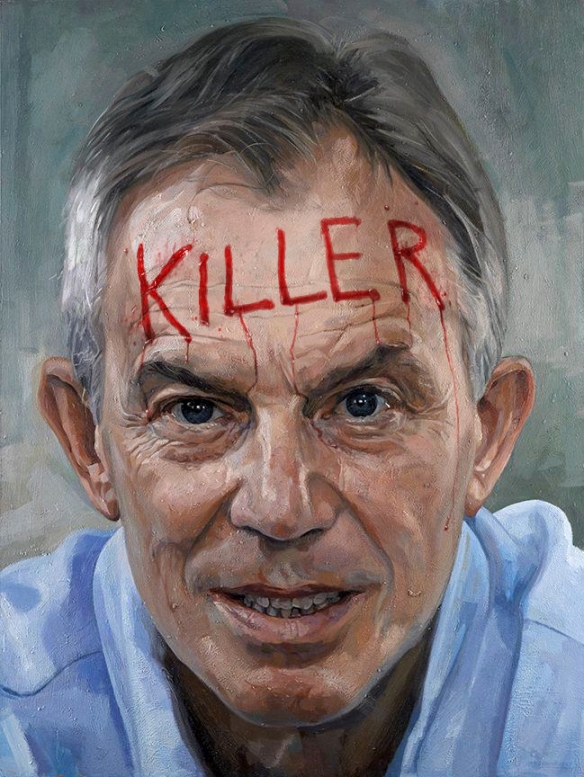 The Chilcot Report came out today. Instead of the meek whitewash that limply smacks the wrists of Tony Blair and the people who took us to war in Iraq in 2003 we got something that damns Tony Blair, his style of government, his spin doctors and his Labour Party of the time. It damns those that supported the Iraq War and vindicates those of us that protested the war that cold Saturday in February in 2003, and who Blair was so dismissive of. It vindicates the likes of Alex Salmond who tried to impeach Blair in 2004. It vindicates Jeremy Corbyn who is now hounded by the same people who cheered this war on and and stood behind Blair. It vindicates Charles Kennedy, the Lib Dem leader who saw the same information as Blair and decided it wasn’t enough to go to war on and was then destroyed firstly by the media and then his own party.

Most of all it vindicates the families of the dead British service people who died for nothing. 250 people died in Iraq two days ago. We have no idea how many Iraqis have died in 13 years because the Americans couldn’t care less, and we didn’t bother trying to count how many people we were slaughtering.

I marched that day in 2003. I remember feeling futile and impotent as Blair went to war regardless. 13 years later we live in a vastly less safe, more uncertain, less trusting world. Blair took advantage of the post 911 months to use that to help George Bush and America reshape the world. Blair didn’t have a plan.We sent men and women into a warzone without proper kit, proper equipment. They were failed.

Blair’s egomania lives on. He’s spent two hours today trying to spread blame. Alistair Campbell is allowed to comment in The Guardian that it was all justified. John McTernan praises Blair as a great leader still, on the day we know for sure he sent young people to their deaths and destabilised a region, fuck, a world, for what exactly? What good has come out of that for anyone apart from the likes of Blair, Campbell and McTernan who’ve made themselves wealthy, comfortable and assured while families weep and grieve.

I have no idea where things go from here. Labour as I see it is over. Corbyn now mas the moral authority to stamp the Blairites out his party. The UK as a nation is over. I’ve no idea how the ripples of this affects America. This however can’t be allowed to slide away, Tony Blair needs to be brought to justice for this as he has blood on his hands and all the spinning in the world won’t change that.