The late, great Brian Clough once said in an interview I saw as a kid that if you had a problem that was troubling you to go to bed early, get some sleep and it it’s the first thing you think about when you wake up in the morning then it’s a real problem. If it isn’t then it’s not perhaps as huge a problem as you thought the night before.

This brings me to the problem I’ve been getting with the pain in my back and leg that sprung up last weekend. Yesterday I saw my doctor who has narrowed down what it is to either an arthritic hip, or sciatica. He’s more inclined to think its sciatica as this has come over me suddenly in the last ten days which is beyond infuriating as my stroke recovery was going very well. I’d walked to work the other week, which did exhaust me and make me useless, but I did it. Plus I’d started doing normal things again then BOOM, I get this landed in my lap.

How it happened could be down to an old back injury when I was chucking around beer barrels while working at Leicester’s now sadly departed Pump and Tap, or it’s due to being overweight, or that the right sided numbness has knocked out my centre of balance putting strain on my back, or I’ve pushed myself too hard.

Or all of the above. 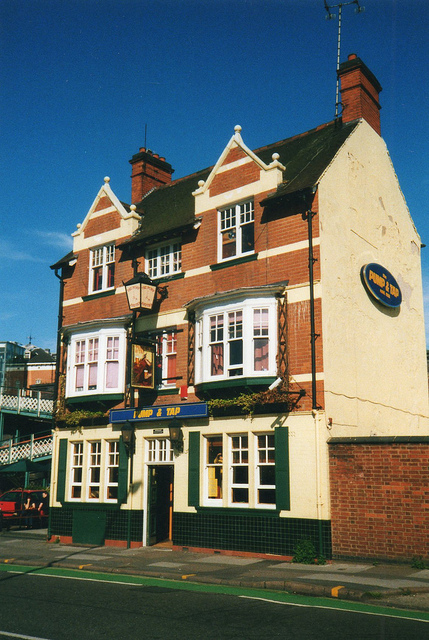 So I’ve been told to rest for a few days and wait for the Bristol Royal Infirmary to contact me for an X-ray and MRI so they can see whether it’s arthritis or sciatica. Fixing this isn’t an easy fix, so painkillers are back in my morning mix of drugs not to mention a future of dealing with the pain which has been for the last week or so the first thing I’ve thought of when I’ve woken up. My body isn’t letting me forget what my problems are.

Now I know people in worse situations than me, and there’s plenty out there worse than me, nor is this the straw that breaks my back after the stroke and cancer, but it’s pushing it. This is wearing me out more than the stroke and cancer because of the sharp pain. I could deal with the constant dull pain and focus past it, this sort of sharp pain makes me want to stay in bed and hope I wake up one morning with it all fixed and even just back to what it was like a few weekends ago.

But it won’t, nor am I going to wallow in self-pity too much though I think I’m allowed a wee bit of that, so sorry about the lack of jokes or humour with this update but I’m fed up of something else coming up to put either my life on hold or to make my quality of life a bit crap.

Yet I’m still drawn back to that old Brian Clough interview. Yeah,this pain is often agonising in the morning and makes my mobility next to nothing at times, but it could be worse. I’m still able to move when the pain subsides, and sometimes it’s a case where things feel fine (this is what makes the doctor think it’s sciatica) so as I’ve done for far too long, I’ll make the best of it because I have to. I wouldn’t want to let Brian Clough down.