40 years ago this week I had in my hands the first issue of a new weekly boy’s adventure comic called 2000AD. It had a shite free gift as was the way with comics back then. 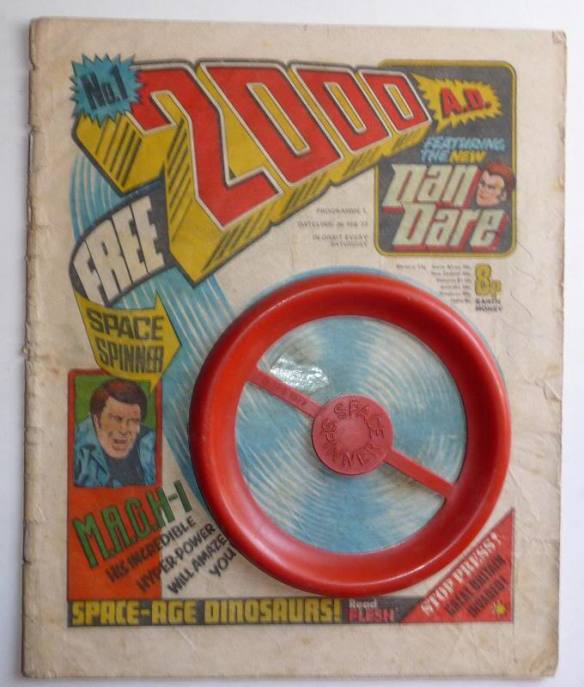 The first issue featured Flesh!, a story about time-travellers coming from the future to harvest dinosaurs to help feed the future population’s desire for meat which was eagerly lapped up by me who’d lapped up the gore-soaked pages of Action. Excitement had been built up for some time as after all, Action had been neutered, and thanks to some gloriously cheesy adverts I was dying to get my hands on 2000AD.

It may look cheesy to jaded 21st century eyes but this was brilliant and along with thousands of other kids we enjoyed the first issue, and looked forward to the second which promised a new strip called Judge Dredd which surely couldn’t be as fun as Flesh! or as bizarre as the revamped Dan Dare which was no longer tired and old, but a bit disco.Whatever it was, it looked like no other comic out there in 1977.

Of course Judge Dredd was an instant favourite as what boy wouldn’t love an ultra-violent fascist as a role model?

1977 was a transformational year for the UK as the Queen’s silver jubilee rubbed against the growth of the Punk movement, while in the background Thatcherism bubbled away Sauron-like waiting for its moment to strike. Thanks to Pat Mills (who acted as father and midwife to 2000AD) Punk was very much written into the DNA of 2000AD and new, younger artists like Mick McMahon epitomised that new ethic.

The Golden Age of 2000AD lasted years. For me the first 500 issues are brimming with creativity and I can’t think of a comic ever published that was so consistent in what was still basically children’s comics.

Yet as I got older I drifted from 2000AD, especially in the 1990’s when the comic published some utter shite like Mark Millar’s Robo-Hunter. Possibly some of the worst comics I’ve ever read. In the 90’s the comics seemed burdened with bad editorial decisions or more realistically, the editors in the latter part of the 1990’s didn’t have a clue how to do their jobs hence why the comic came close to extinction. 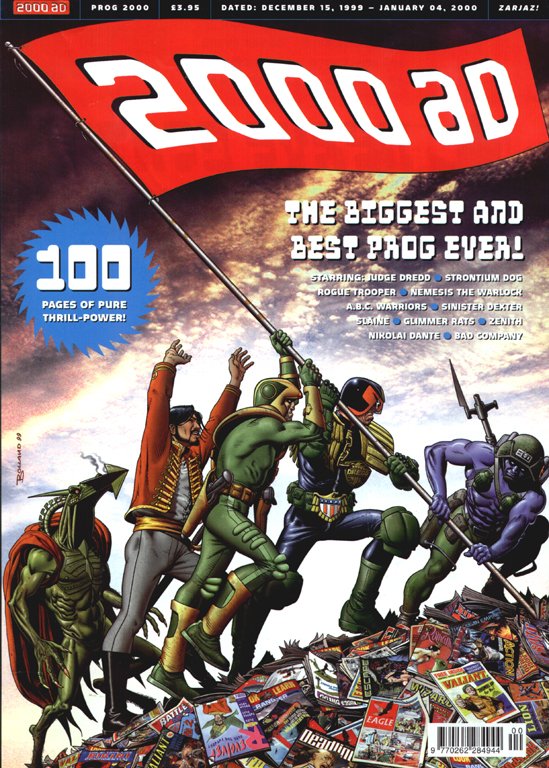 Yet it was saved thanks to Rebellion who cleared out the baggage, stripped the comic back to something it was previously and was left facing the 21st century looking positive.

So happy birthday 2000AD. You’ve seen me through most of my life and in your own way have helped shape it and all the bad days are hopefully behind you now, and here’s hoping for another 40 years of thrills.