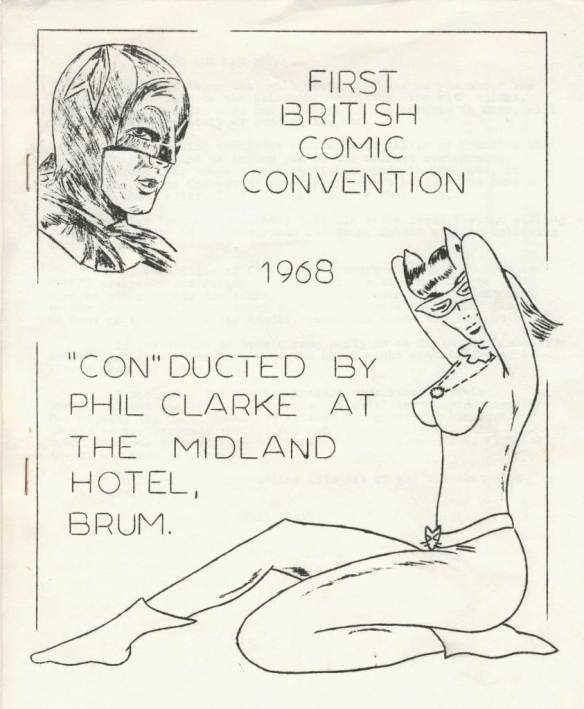 More information on the con can be found here, but needless to say that if you want a zero point for what becomes the British comics industry and scene today then late summer 1968 in a hotel in Birmingham. Attendees included Mike Lake, Nick Landau, Jim Baikie, Steve Moore, with a stupidly young Alan Moore listed as a supporting member (early comic conventions ran with the SF convention model before diverging later on) who all changed comics in the UK in a number of different ways.

Dez Skinn goes into fantastic detail of the con on his site, with fascinating snippets like DC Comics giving pages of Neal Adams and Steve Ditko art to be given away as prizes in the fancy dress competition, which I strongly doubt neither Adams or Ditko knew anything about. Skinn’s site is also a fantastic resource on subsequent conventions throughout the 70’s as the 70’s Comicon moved from Sheffield, to London and around. It’s also worth noting that we’re not talking of a mass audience here. We’re talking of a few hundred attendees with maybe at most, a few thousand active fans outwith of people casually buying comics and leaving at that rather than take it that extra yard by searching out other fans. At a time when comics in the UK were seen as a childish, laughable pastime it isn’t hard to see why it actually took a bit of guts to stick your head up over the trenches and admit you loved comics.

At this time as well the comics scene we know today was being formed out of the primordial goo. Many of the names mentioned in Skinn’s excellent history went on to become either established creators, or in the case of Nick Landau, an essential cog in the industry.Magazine like Comic Media News were the internet of their day as they played a part in helping build the industry in the UK. 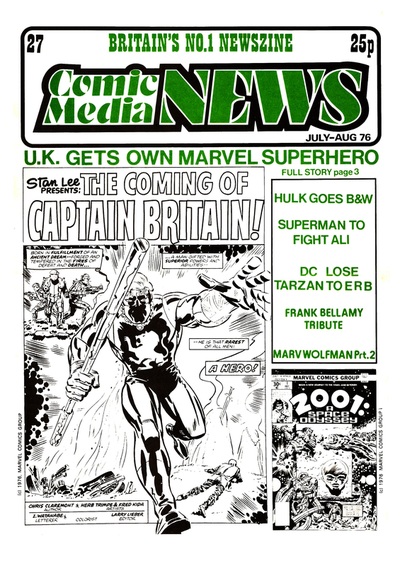 Sadly Dez Skinn’s history ends in the late 70’s and the promised continuation has so far, not appeared but by the late 70’s the scene was firmly established and ready to move into the 1980’s where the UK comic convention arguably enjoyed a Golden Age. If you’d like to add to this blog to expand it then please feel free to do just that in the comments below.

2 thoughts on “The Brief History of the British Comic Convention part one: It all comes from Birmingham”