In one week we’ve lost Harlan Ellison and now, Steve Ditko. Both were uncompromising but whereas Ellison was vocal in defending his actions and work, Ditko was the exact opposite often to the detriment of his career.Ditko’s death hurts and I think the tributes pouring out for him are all so touching because although Jack Kirby was a genius who created a large part of the Marvel Universe, it was Ditko who created much of what Kirby didn’t. 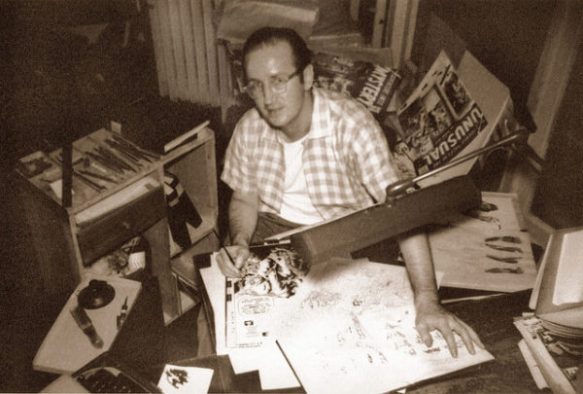 Ditko was a reclusive to the point where the only pictures we have on him come mainly from one photo session in the early 1960’s. He spoke through his work and he did so in a way no creator working for Marvel or DC could today.

I wasn’t aware of Ditko as a kid. I was reading American imports of Spider-Man but this was the late John Romita, early Gil Kane run so it was through his DC work I was most familiar with him. Especially his creation, The Creeper who to this day I adore still. 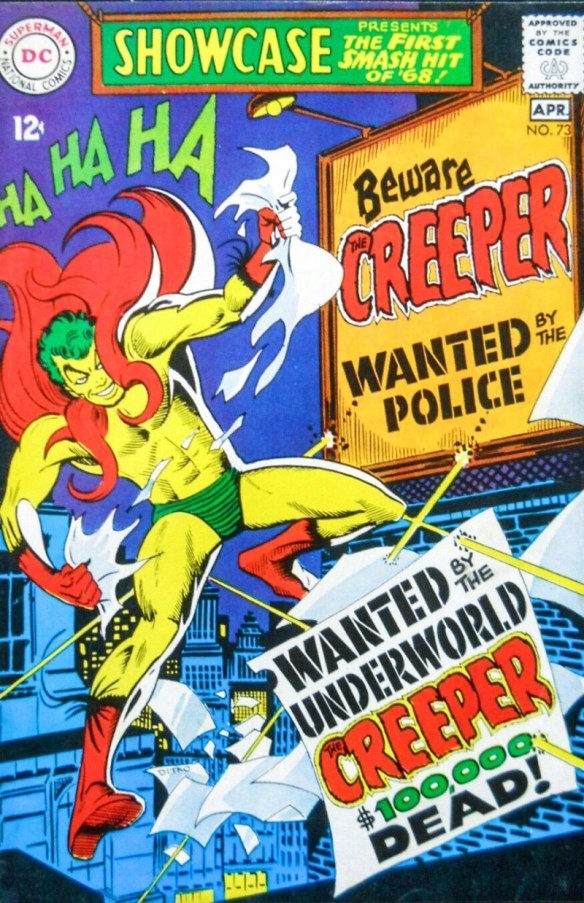 It was though Marvel UK’s reprints I got to lap up Ditko’s Spider-Man and then his Hulk and Doctor Strange which blew my tiny little mind.

But it’ll be Spider-Man he’ll be remembered for and I’ll always remember his splash pages from Amazing Spider-Man annual #1. 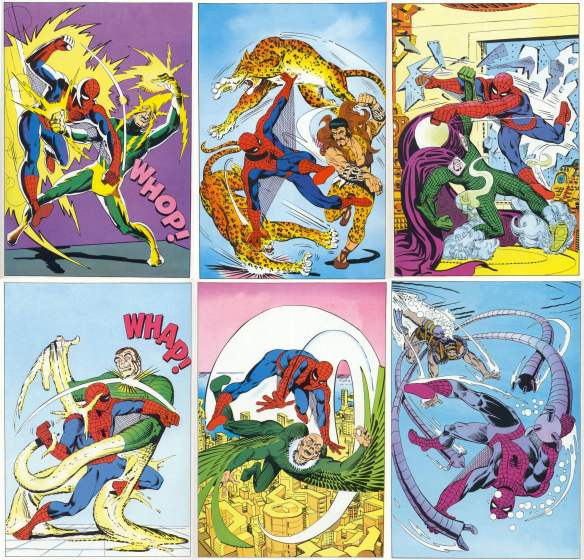 It wasn’t til the 80’s that I became aware of how some fans as well as large chunks of the media were pushing the line that Stan Lee had created Spider-Man by himself, something Ditko addressed in his self-published comics.

Ditko never compromised. He could have but if you’ve read any of Ditko’s work you’d realise Ditko wasn’t about compromise. A is A. Ditko’s political beliefs would never let him sell out and it’s Ditko’s politics married with his visuals that made him unique. As a Guardian reading lefty, I should be repulsed by Ditko’s often hard right Ayn Randian philosophies but I’m fascinated by them, and in what it inspired Ditko to create.

Indeed, his politics was essential in creating the idea of his Peter Parker as an outsider, which set him aside from others in the era of Vietnam War protests. 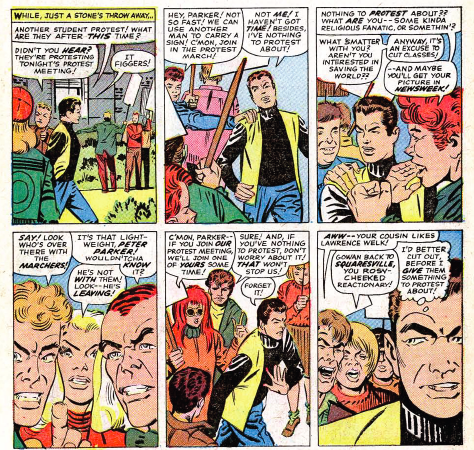 When Ditko left Marvel it was here that things get interesting. His work for me at DC and Charlton is incredible with the aforementioned Creeper, plus the Blue Beetle and The Question standing out.

I’d come across Ditko’s work in the 70’s and loved the weird oddness of it all. I especially loved Killjoy which ran as a back-up in Charlton’s E-Man. 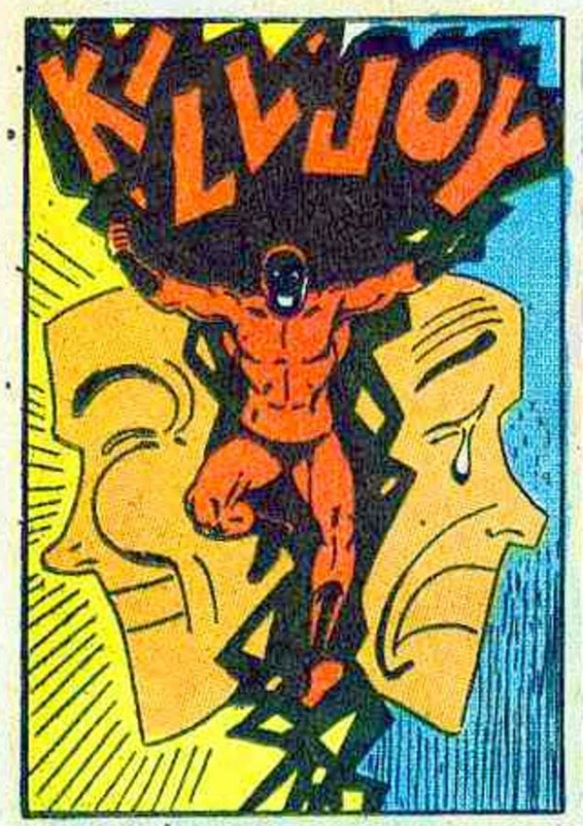 Although Ditko returned to Marvel in the 1980’s he left to work alone on his own comics published by Robin Snyder, and again, he’s still not compromising. 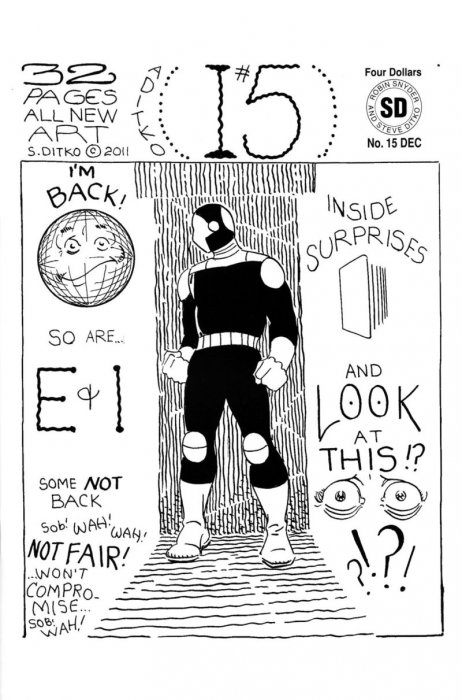 Ditko has been with us drawing comics for over 60 years and he never stopped creating, or doing what he wanted to do. Now he’s gone and we’ll never get Ditko’s worldview of right and wrong, good and evil or just what he thinks will thrill or astound us anymore. 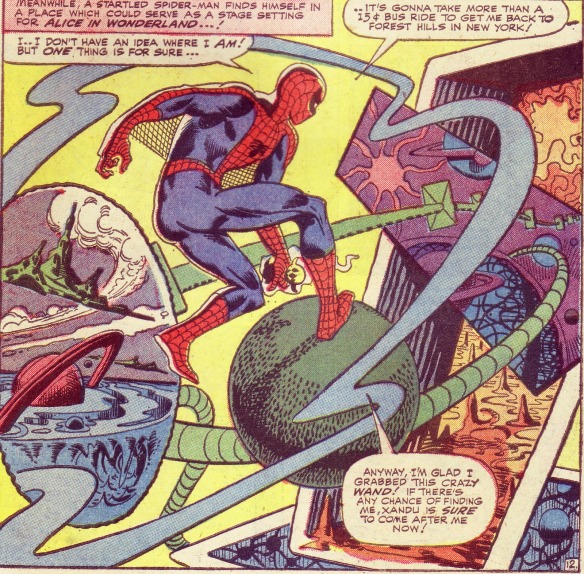 He’ll be missed. The unique always should be.