Severin for me isn’t just responsible for the version of the Hulk (working with the great Herb Trimpe)  I think of wherever I think of the character, and there’s been some great versions of the character over the decades. Her Hulk wasn’t a massive, musclebound monster but something elegant, brutal and tragic.

As for her Doctor Strange it’s not Ditko, but she took elements of Ditko to go on a different path helping create characters like the wonderful Living Tribunal.

But her role in the formative years of Marvel Comics is one often underplayed, or just plain ignored. She acted as art director, colourist, production editor or just anything to keep Marvel publishing comics on track and looking good just as she made EC Comics look good with her colouring in the 1950’s.

It’ll be her more cartoony, humour work she’ll be remembered by and some of it is just amazing. 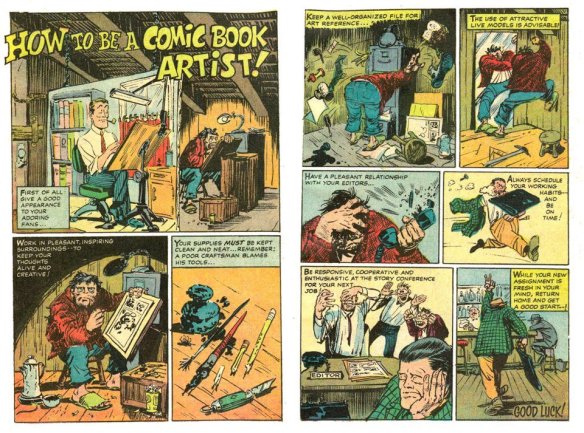 There really isn’t too many greats left now, and Severin for years never got the acclaim she deserved because she’s a woman however her death has highlighted not just her talent but the fact that in the history of American comics, Marie Severin was one of the most important figures in its development for decades. She’ll be missed.