Donny Cates is one of Marvel’s ‘hot’ writers, and he really doesn’t want you to pirate his material. This seems a reasonable request, as after all, your average comic creator isn’t raking in the coin unless they’re a Grant Morrison, Geoff Johns or indeed, a Donny Cates. Most creators are doing enough to make a living, but there’s a large number of people pirating work like Cates’s own Cosmic Ghost Rider. 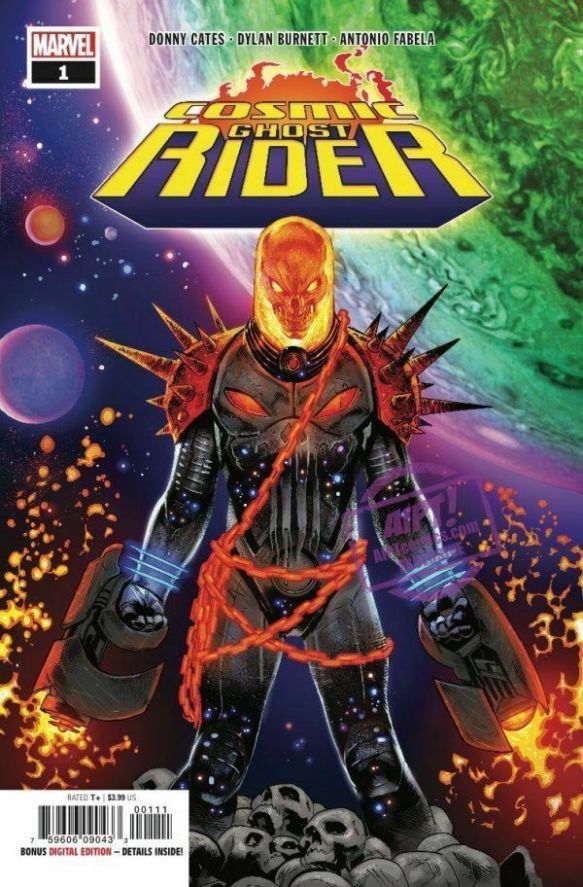 Now when you pirate something you might think you’re hitting it to Disney, or whatever mega-corporation publisher, but all you’re doing is stealing comics so creators don’t get paid, not to mention the entire chain of producing to selling comics loses money.  Also if you’re pissed off that <insert title here> is canceled, or that wee comic shop you went into is gone, then think of how many times you pirated a comic denying that sale to a title, income to creators and retailers and realise that you helped cause that. That in fact, you’re part of the problem and that you need to take responsibility rather than whining at creators pointing out the problem online.

Digital comics are cheap. There’s plenty of cheap comics out there if you’re near a shop, or a convention. There’s no need to steal from an industry where so many are struggling.