It is a few days before the World Cup in Qatar starts and the apathy is overwhelming, just as people have been saying since they ‘won’ it (by stuffing as much money as possible into Sepp Blatter’s pockets) in 2010. Putting aside the human rights issues (of which there are many) having the World Cup in the run-up to Christmas, in the middle of most country’s seasons in a desert where fans can’t have a drink or legally be gay or lesbian is fucking insane. Part of what makes a World Cup are the fans from different countries mingling together in towns and cities across the host nation/s. This clearly isn’t going to happen this time.

I went to France in 1998 in the vain hope of getting tickets for one of the Scotland games. Of course I failed in getting a ticket instead getting fantastically drunk with a load of fans from Brazil, Netherlands, France, Italy, Denmark, and just all over the world. In four years’ time I’d dearly love to go to Mexico to experience a game, any game, in a nation that adores the game as much as Mexico. Qatar though? Nah. Fuck it.

At least four years ago in Russia we knew it was corrupt but at least Russia had a footballing heritage but now we’re in a country where the stadiums are built on the blood and bones of immigrant workers bordering on slaves. I can’t work up the joy of the game watching Gary Lineker and Gary Neville commentating on a game where players struggle in the heat and fans are policies heavily by an authoritarian government.

Of course it’d be silly to say I’m that pure I won’t watch games as I’m not that much of a hypocrite to say I won’t. I will but every World Cup since 1978 I’ve spent the first day glued to the telly be it at home or down the pub watching all the first day’s games but I have no intention this time. There’s normally a month build up but this time? Not an awful lot.I think people know this year’s competition is a sad joke being held in a country which is going to make it as hard for fans as possible so to hell with Qatar.

I’ll see you all in four years for the North American World Cup.

In a year which has been awful for the comics community, the death of Kevin O’Neill hits hard. One of the four people most responsible for making 2000AD what it was along with Pat Mills, Alan Grant and John Wagner, Kevin was the person who added creator credits to stories against the demands of management. His was also a style so unique that there are no serious copycats of his work, although there’s clear inspiration in some artists, there was clearly only one Kevin O’Neill.

I first noticed his art with his strip about a giant monster eating most of China. Bonjo was not the most politically correct strip, even back then, but it was a sign this O’Neill guy was worth watching.

I liked his Ro-Busters work but for me, it was the minute he started Nemesis the Warlock with writer Pat Mills that he started to shine and readers really got behind his work.

Nemesis was unique for British boys’ comics of the time as the evil-looking ugly aliens were the goodies while mankind was very much the bad guys. It was completely revolutionary so was Metalzoic, first published as a graphic novel by DC then later published in 2000AD.

O’Neill, like many of his British peers, made the leap to American comics and in the process broke the Comics Code Authority, a censorship body set up by the industry in the 1950s. He’d had a few minor run ins with the CCA on some of the early titles he drew, but it wasn’t til a Green Lantern back up story in one of the annuals that the CCA decided to ban his entire art style, much to the amusement of O’Neill and writer Alan Moore.

O’Neill had to major collaborators in his career in Alan Moore and Pat Mills, who in the latter case created Marshal Law with Kevin, a savage satire of superheroes that showed the contempt they were held in.

I was at Neptune/Trident/Apocalypse when Toxic! was being planned among the other things we did back then, and in hindsight I wish it’d all went better than it did but it did give us Kev’s wish to see Marshal Law fighting zombies…

Much of the last few decades O’Neill has been working with Alan Moore completing The League of Extraordinary Gentlemen from the DC Comics days then as independents. It was O’Neill’s last great work.

I seem to writing an increasing amount of these posts about people who I grew up admiring and who’s work I loved but what truck me about O’Neill was how loved he was not just by comics people, but random people who grew up with 2000AD, loved Ro-Busters or Nemesis and were floored by hi death as his work meant so, so much to them at a formative age.

To go back to the Neptune years, Kev worked with us all to get the first Marshal Law t-shirt into the world. For Kev, it was a labour of love & the fact it offended people was a bonus but the fact fans loved it made his day. I saw he sit for hours at signings or cons chatting to fans doing sketch after sketch as if he wanted to give something back to reward the fans for their love and appreciation of his work. In reality it was the other way round as people wanted to do anything to thank him for what he’d given them.

There’s not many creators like that which is why Kevin O’Neill will be missed a lot.

No Glastonbury tickets for next year.

It is getting harder and harder to get tickets to the point where unless you’ve got some secret backdoor, or a connection that’s just plain lucky, then there’s no chance of getting a ticket. True, it didn’t help that I’d thought it was next weekend & had to rustle up a plan in the wee hours of Sunday morning. Even so this last few days saw me missing out on tickets for Pulp, Garth Marenghi and Glastonbury so I think I’m becoming destined to become a hermit.

But again, fuck. I desperately wanted to go but see what comes from the resale in April.

A wreckless billionaire has completed his purchase of Twitter from another wreckless billionaire and people are raging, sometimes correctly, sometimes not. What is clear is that Musk has little idea how to make his money back from Twitter, so although some of what he says is welcome, especially about removing Twitter’s obvious political slant to open it up not to mention the dreadful moderation, much of what he says suggests otherwise.

The daftest idea so far is $8 a month for a verified account. For one that won’t raise a drop in the ocean in terms of making money back and what does he do with people who’ve been verified for years? Does he send them a bill for all that time?

Although people are leaving the other options for a similar service are either infested with even worse lunatics than Twitter, painfully dull or so full of tracking software that you may as well offer your passwords to them. Sure, Twitter is flawed but it is the best platform for what it does. I’m just not sure Musk will do what it takes to deal with the awful parts of Twitter the previous management were happy to let go such as the reams of porn of all types, violent threats, racism, and misogyny, something so rife on the platform that’s treated so badly that you can’t even make a report on it.

The idea that Twitter prior to Musk was some sort of paradise is insane but it is extraordinarily easy to surround yourself in an echo chamber there so that when you suddenly notice the crazies you can blame Musk but in reality, they’ve always been there. It’s just many of these people were happy to turn a blind eye to them.

But will Musk make Twitter better? Nah, not really. If he’s smart he’ll appoint a CEO who knows what they’re doing, take a back step and shut up but his own narcisssim means that’s not happening. What I think will happen that in a few months it’ll stabilise, Musk will continue making silly or sensible tweaks, some of those who’ve left will come back, some won’t. It’ll be like now but a different type of mess. Til then strap yourself in as it could get quite interesting. 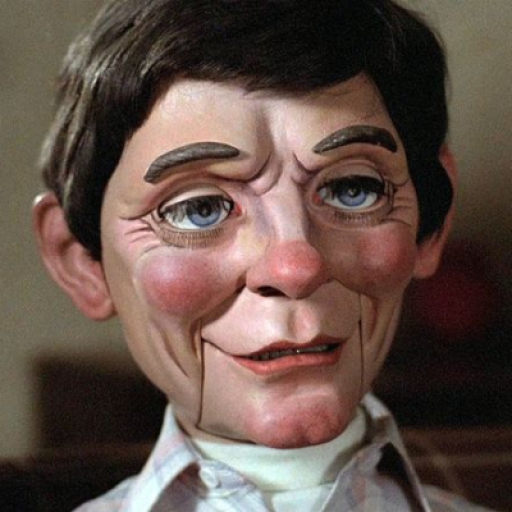