I’ve blogged before about the photography of Hugh Hood and Raymond Depardon in relation to their pictures of Glasgow in mainly the 1970’s, but this latest set by Ed Sijmons is different. Unlike the previous blogs this is about an amateur photographer, not a pair of splendid professionals which isn’t to Sijmons pictures are awful, they’re not.

They’re different. They still speak of a world now more or less long gone.Of a crumbling Glasgow in 1976 before buildings were levelled and a new city sat with the old. 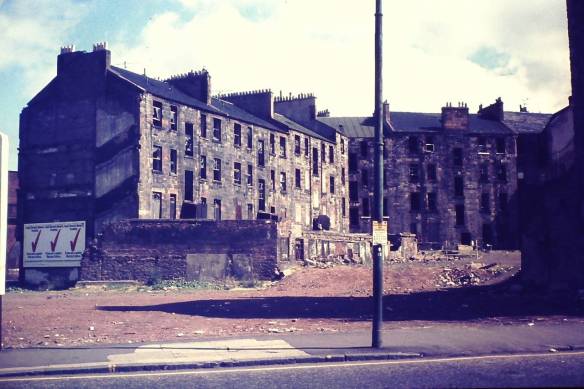 This is a city still caked in a near century old lair of industrial filth.

These are interesting pictures. I remember vaguely some of what the city looked like back then which was an old city very much trying to become something else. It hasn’t quite gotten there yet but I have to say I don’t miss the industrial grime and dirt.

I will recommend going on Ed’s Flickr, there’s some truly wonderful sets of pictures. His set of New York in 1980 is great stuff, and he’s got pictures of his Garbage Pail Kids cards, which is glorious!

Previews, aggregated, independent reviews via 100s of publications and websites, plus our own reviews and ratings. 8,000+ entries