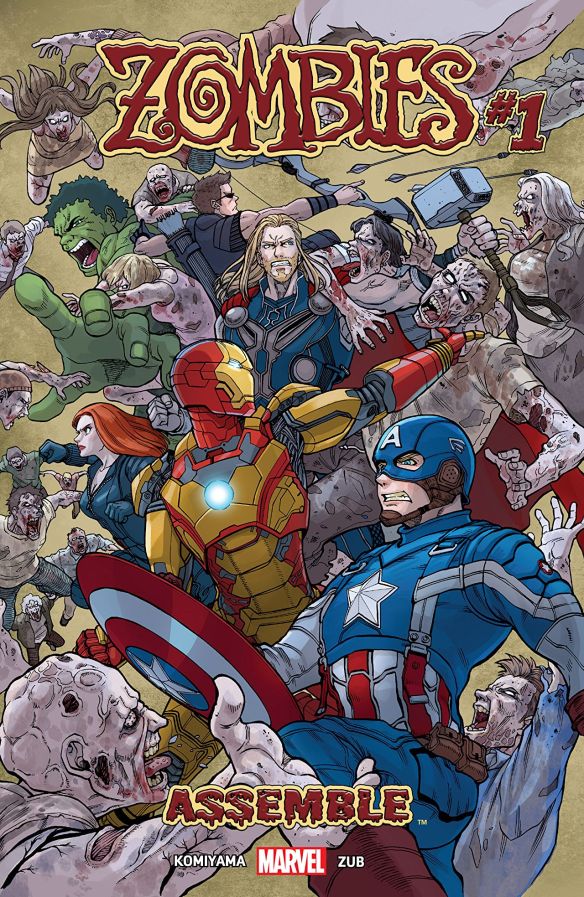 The zombie genre is, well, like a zombie. It lumbers on and somehow keeps going even when the genre has well and truly been done to death. However, never underestimate the power of milking a dead horse and when mixed with Marvel’s Avengers cash-cow and the popularity of manga we have a hybrid here as these are The Avengers of the films, not the comics. So yes, a ”mixed bag” as you may say… 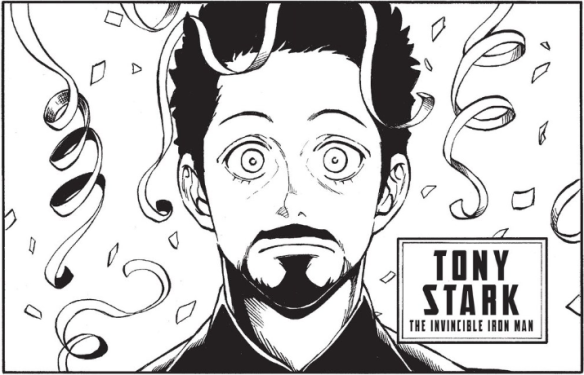 Part of the problem is that all the characters have that tedious wide eyed look that large chunks of Manga artists use, not to mention that they all look about 12. Anyhow, the story starts with Tony Stark’s birthday party which involves Steve Rogers dressing as a zombie to scare Tony, before (Ho Ho) a real zombie crashes Tony’s party and is dispatched by the Black Widow fairly quickly.

A virus breaks out turning people into zombies thanks to Tony’s R & D department, and (all the while everyone involved is talking like 14 year old kids)  who all seem to have been turned into zombies.

The vaguely teen Avengers then decide to stop a potential outbreak.

Somehow Thor becomes infected, and we’ve got a sort of zombie Thor. 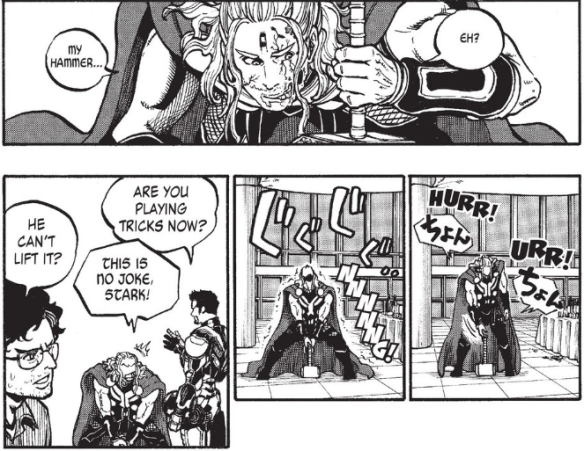 The Black Widow is also infected so we’ve got two Avengers slowly decomposing. Yes, seriously, this is like a Garth Ennis script but without the spite and humour. 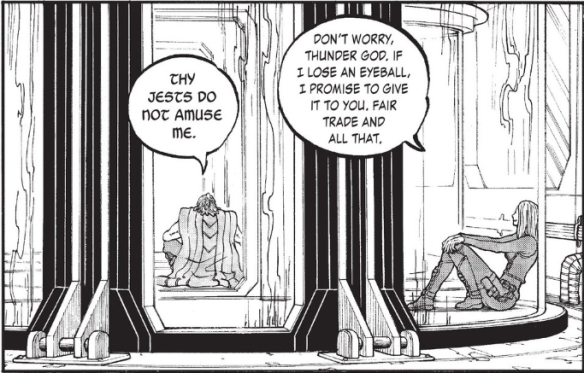 This, frankly, is shite. There’s a rich stream of manga or even unlicensed comic versions of films which can be fun, but this is just garbage. The art is bland. The writing is awful. The horror isn’t horrific. There’s pages where characters act like children. It’s bollocks, and that’s the best I can say about this exercise in self-abuse.

I did my top 20 horror and SF films last year, and found doing the lists to be more fun than expected, so in a massive bit of logic here’s my top 20 films adapted or inspired from comics. I need to point out I mean comics, not ‘superhero comics’ which is a lazy, and incorrect way to describe a wonderfully varied medium and it’d also cut out some bloody good films!

I enter the top five with the film version of Akira, based upon Katsuhiro Otomo’s impressive manga.

Back in the late 1980’s Japanese culture slowly started bleeding into Western culture as the first signs of Globalism crept in and of course, the internet began to become more popular. One of the things that was coming out of Japan was Katsuhiro Otomo’s impressively huge science fiction epic Akira, which I first encountered thanks to the Epic imprint of Marvel Comics, and their colour reprints of Otomo’s original Japanese strips.

At this point I’d only been familiar with Japanese comics through the superb Lone Wolf and Cub comics which were being translated and reprinted by First Comics, and of course through the amazing Shogun Assassin, which any fan of Video Nasties will know well.

Akira was this vast breath of fresh air into comics that’s often forgotten about in the big boost comics got in the 1980’s, as it really did bring in a new audience for Japanese comics, so when it was announced an animated film was to be released I was excited to see the results. Sadly, the chances of see it in 1989 in the UK was low to none. Thankfully my boss at the time had more money than sense, (this was when I was working for Neptune Comics Distributors) and got our lad in the US to send an American TV, video recorder and a video of Akira across so we could watch it in the office one afternoon. That was my first experience of Akira. A 12 inch screen and a slightly fuzzy picture. It wasn’t til a year or so later I finally saw it on a big screen and it was spectacular.

This really is a film that needs to be seen on as big a screen as possible, not to mention it needs a good sound system too as the soundtrack to the film is amazing. The film’s running time is full of amazing images and most astonishingly, Otomo manages to adapt his massive manga from thousands of pages into a working plot that can fit the running time of a film. It’s a stunning feat.

I’ve never been a huge anime fan. Far too much anime is frankly, terrible but Akira stands above most other anime and indeed most other comic book films. It’s an astonishing work.

For my next film, we’ve got to go to the streets of Cleveland..